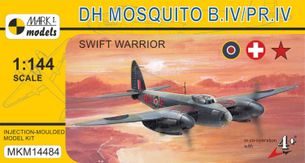 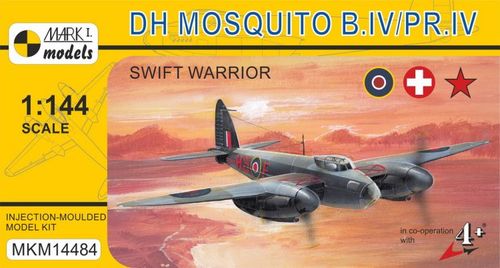 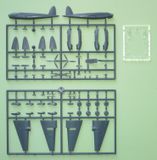 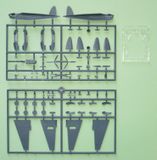 The de Havilland DH.98 Mosquito was a British multi-role combat aircraft developed in 1939. The Mosquito was constructed almost entirely of wood and, as such, it was dubbed “The Wooden Wonderˮ. Originally conceived as an unarmed high-speed bomber, it was later adapted to many other roles, including day-time tactical bomber, night bomber, day or night fighter, fighter-bomber, maritime interceptor and photo-reconnaissance aircraft.
The Mosquito B Mk.IV was a day and night bomber variant, whose prototype first flew in September 1941. Some 300 aircraft were built (incl. Srs.I a/c); Series II model entered service in May 1942. It was a two-seat, twin-engine, mid-wing monoplane, of a composite wood construction, fitted with a retractable undercarriage. The crew was seated under conventional canopy and for bombing a glazed nose was provided. It was powered by two Merlin in-line engines turning narrow three-bladed propellers. Its internal bombload was 2,000 lb (908 kg), while a provision was also made for two 50-gal (227 1itre) underwing drop tanks or two 250lb bombs.
27 Mosquito B Mk.IVs were converted to the PR Mk.IV photo-reconnaissance aircraft, equipped with four vertical and one oblique camera. The first operational flight by a PR Mk.IV was made in April 1942
Total war production of all Mosquito models in Britain gave more than 6,700 aircraft. In 1942 production was also launched in Canada in Australia, adding totals of some 1,100 and 210 aircraft, respectively.