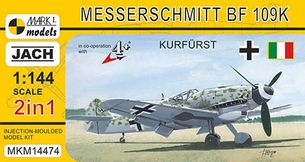 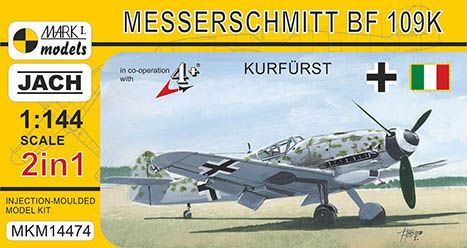 The Bf 109K was the last in the ‘109’ evolutionary line and also the most uniform model. Work on this version began in the spring of 1943 and the series production started in August 1944 with the K-4 variant.

The Bf 109 was the most produced fighter aircraft in the aviation history, and besides the German Luftwaffe it served in many other air forces and gallantly fought in all aerial combats of WWII.

Two injection-moulded kits are supplied in this box and each kit contains 26 parts and one clear part (the cockpit canopy). A comprehensive decal sheet is included.