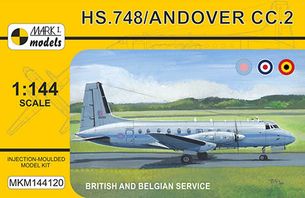 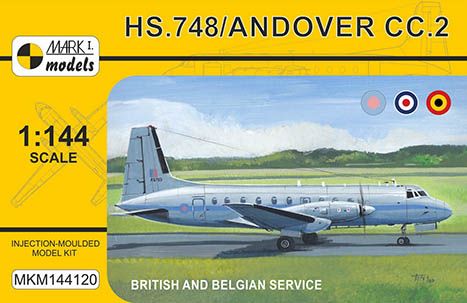 Significant military users included the RAF, the Royal Australian and the Royal Thai Air Forces. Lower numbers of the 748 were delivered to air forces of Belgium, Brazilia, Colombia, Ecuador and India, while the majority of the 748s were flown by various British and overseas airline operators.

This injection-moulded kit contains 51 parts. For modeller’s convenience a display base, made of pasteboard card, depicting tarmac section of the military airport is added. A comprehensive instruction leaflet and a decal sheet are included.